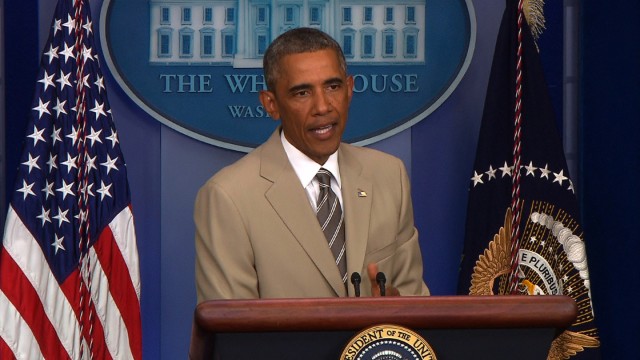 Eternally Outraged Congressman Not Trying to Be ‘Trivial,’ But Doesn’t Think Obama’s Tan Suit Was Appropriate 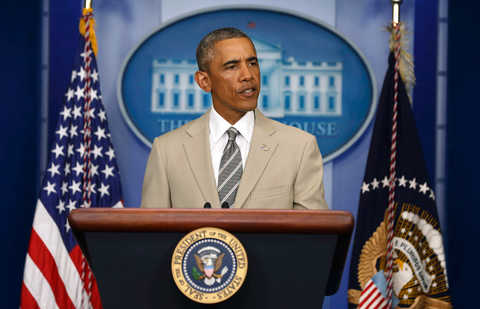 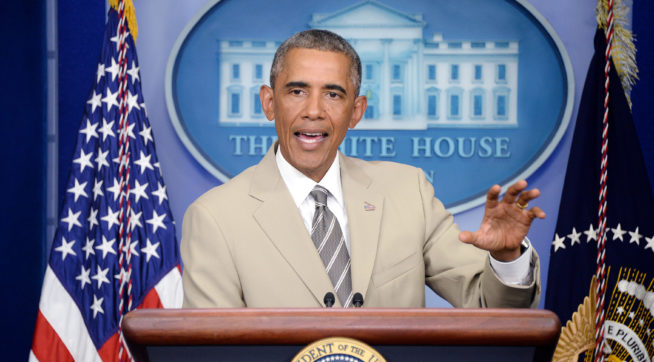 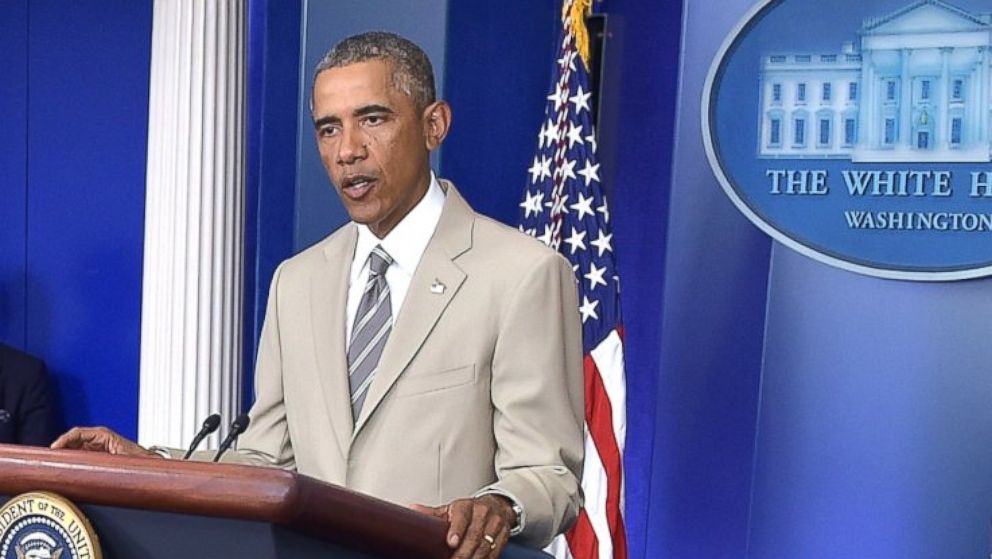 President Barack Obama speaks about the economy, Iraq, and Ukraine, Thursday. But 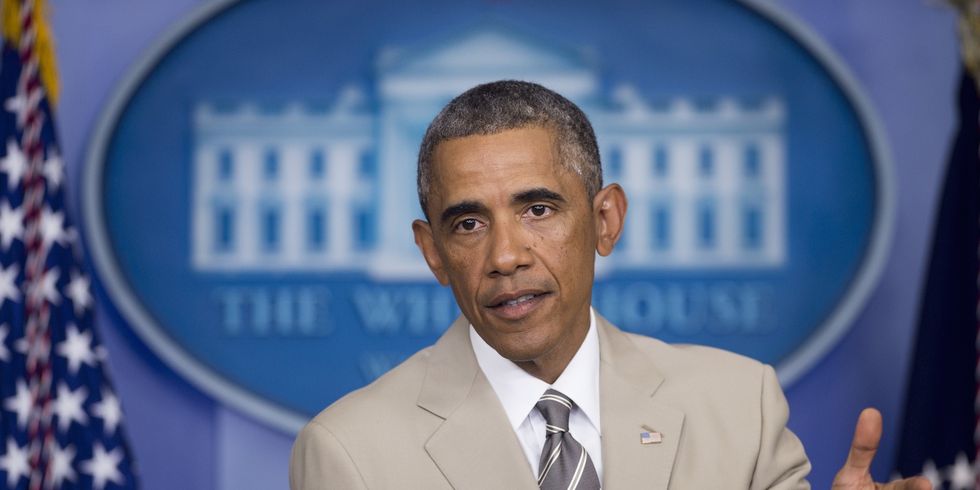 One Year Ago Today, Obama Wore the Worst Suit in Presidential History. “ 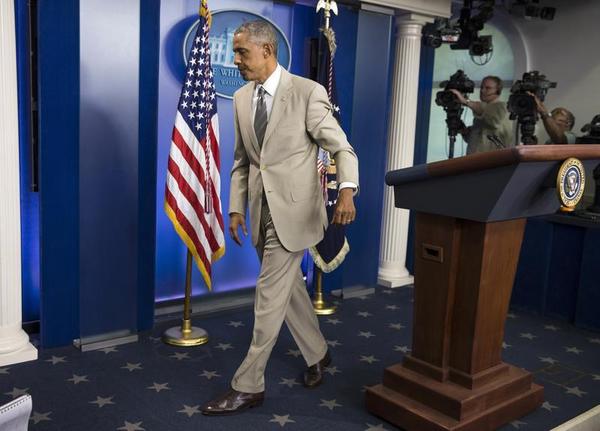 Everyone’s making fun of the tan suit President Obama wore in Thursday’s press conference. I can’t lie and say I liked it, of course, but neither do I …

Check out Obama in that cheesy suit! 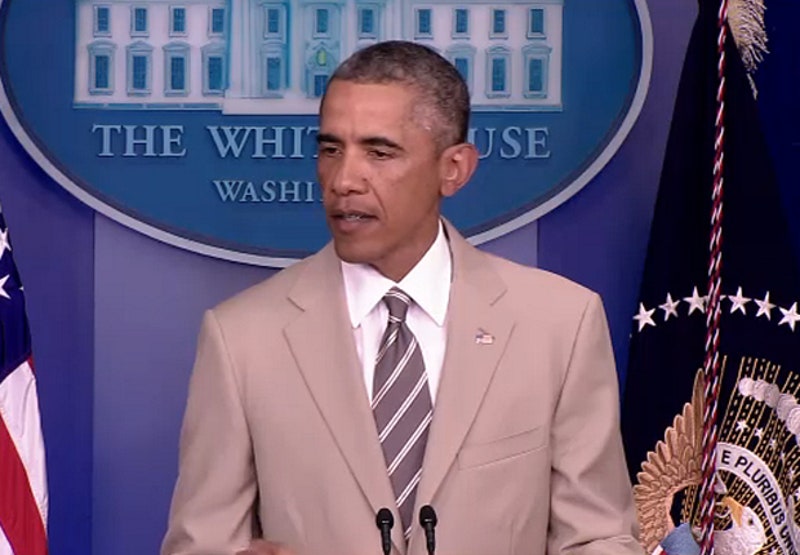 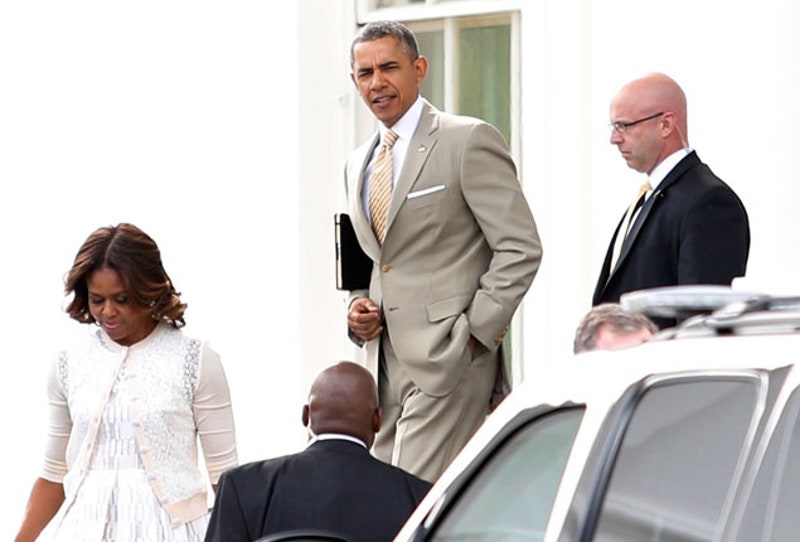 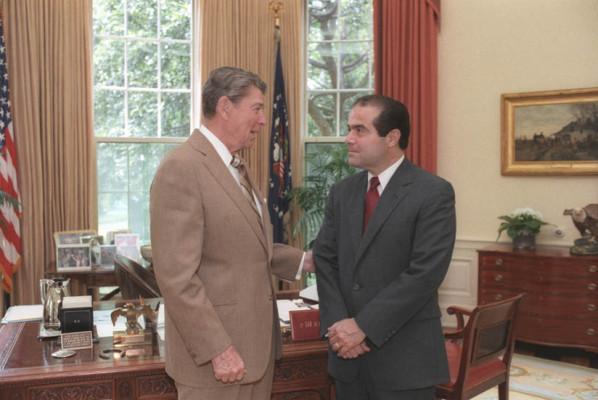 Never mind the tan suit on Reagan, what the fuck is that other dude wearing? 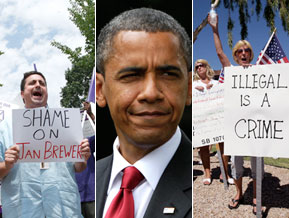